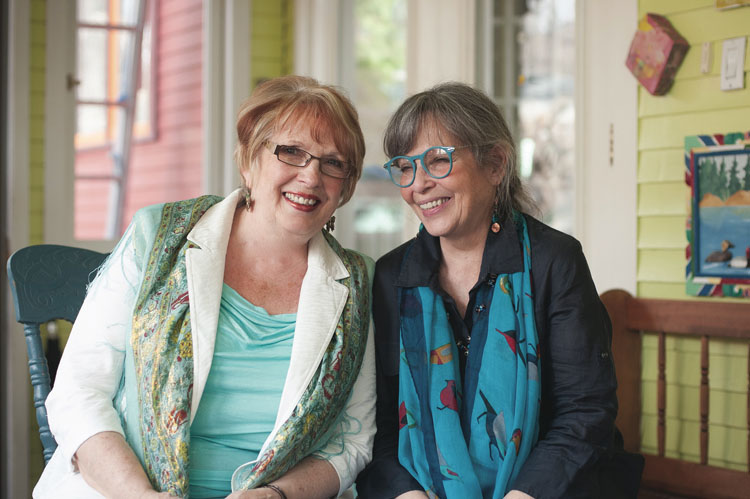 Marjorie Anderson is a former professor of twentieth-century literature, writing, and communication at the University of Manitoba. Along with the late Carol Shields, she developed the concept for and edited the bestselling Dropped Threads anthologies, in which the contributors, a cross-section of women, explore defining moments in their lives—truths they had never shared. Her short stories and personal essays have been published in several literary journals and anthologies, including Carol Shields: Evocation and Echo.

Deborah Schnitzer’s first novel, An Unexpected Break in the Weather (Turnstone Press), won the Margaret Laurence Award for fiction in 2010. Her work has also appeared in the journals Grain and Prairie Fire. She is professor emerita and National 3M Teaching Fellow in the Department of English at the University of Winnipeg. With Deborah Keahey, she is coeditor of The Madwoman in the Academy: 43 Women Boldly Take On the Ivory Tower, and with Neil Besner and Alden Turner, she is the coeditor of Uncommon Wealth: An Anthology of Poetry in English.

Marjorie and Debbie formed Unlimited Editions, an innovative publishing venture that emphasizes collaborative participation among established and emerging writers, in 2012. Their first project, At the Edge, a novel coauthored by sixteen writers, was produced through a process that combined traditional media with digital technology. Plans for future collaborative ventures are in the works.